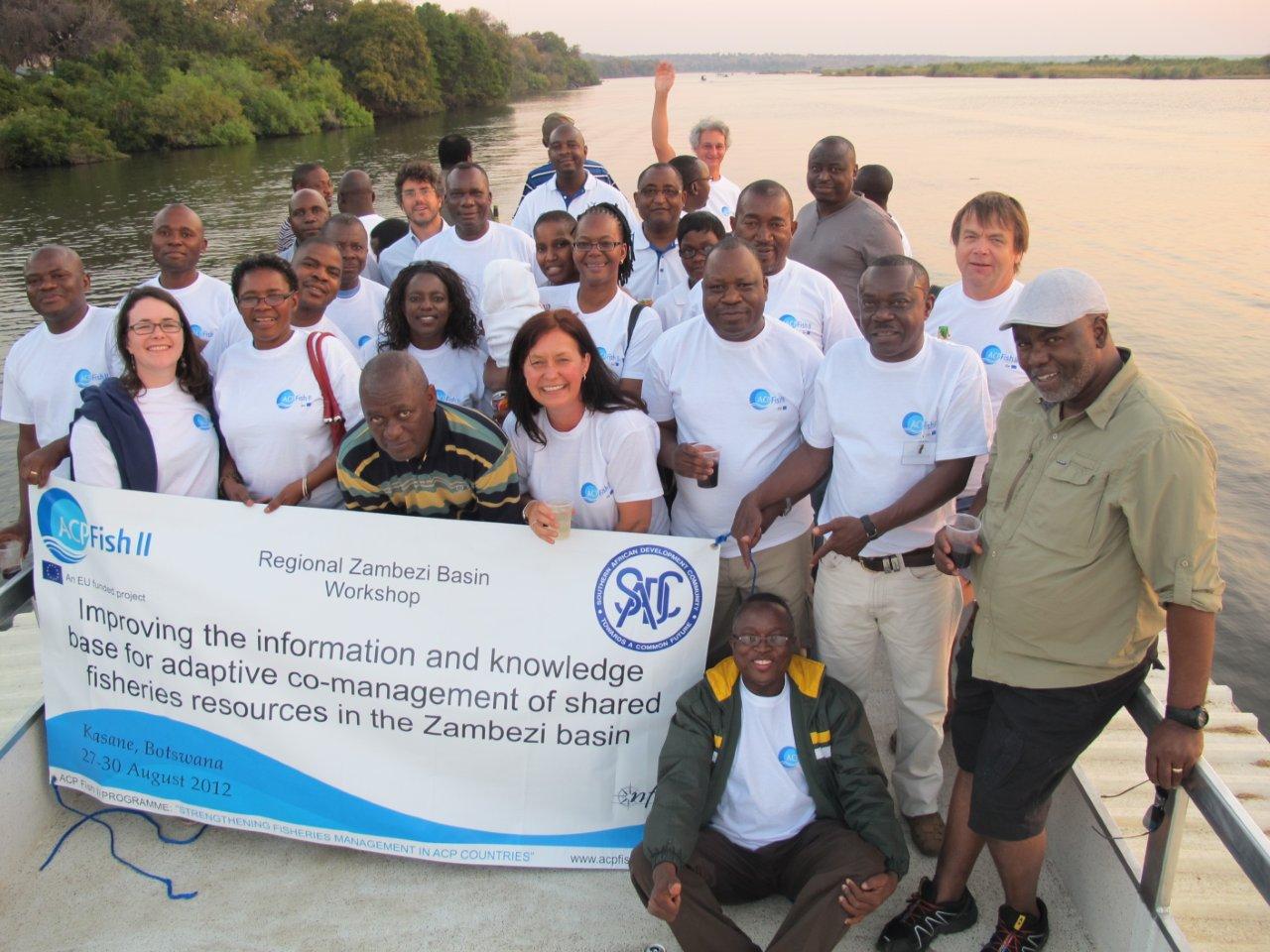 In Maputo, at the Hotel Girassol on 09 and 10 October , the fourth and last Regional Seminar on Monitoring of the ACP Fish II Programme for Southern Africa will be held . The objective of the seminar is to evaluate the results of the projects implemented by the program and their overall performance during the four and a half years of implementation.

The coordination of the seminar will be the responsibility of the ACP  regional and central , namely , the Regional Manager for Southern Africa based in Maputo , Mr. Leone Tarabusi , and Coordinator of the Coordination Unit in Brussels , Mr. Gustavo Miranda . The seminar will be attended by Mr Matthew Brook , head of the Rural Development Section if the European Union Delegation in Maputo , with invited representatives of other organizations and development partners working in fisheries in the country ( FAO , World Bank , Cooperation Norway ) .

The ACP Fish II Programme , which aims to strengthen the capacity of fisheries management in ACP ( African, Caribbean and Pacific ) , has a budget of 2.9 million Euros for Southern Africa , supporting actions at both national and the regional level . The program carried out so far, 23 projects in the Southern African region and is still ongoing fourth and final phase of execution .

Among the highlights are projects to support the installation of the Regional Monitoring , Control and Surveillance of Fisheries in Mozambique as part of the regional strategy to combat illegal fishing , Unregulated and Unreported ( IUU) fishing and implementation of SADC Protocol on Fisheries . In Mozambique the program supported actions aiming at the development of freshwater aquaculture , as a priority under the Fisheries Master Plan of the country . In this context it has provided technical assistance to the Fisheries Research Institute to conduct a study on the conditions of production and improvement of feed for aquaculture development in Gorongosa District and is supporting the preparation of the Aquaculture Development Strategy in the districts of Caia Gorongosa and in collaboration with Fisheries Research Institute and the National Institute of Aquaculture .

Since the late sixties the European Union has been developing strong political and economic relations with countries of the African Region , Caribbean and Pacific , known as the ACP , particularly through the creation of the European Development Fund , currently in its tenth edition . The European Development Fund , which is managed by the European Commission , is the main instrument to support the development of the countries of Africa , Caribbean and Pacific ( ACP ) under the Cotonou Agreement in force today , as well as others who preceded ( Yaoundé and Lomé ) . In the framework of cooperation between the EU and the ACP Group , Fisheries are one of the economic sectors consistently supported , both regionally and nationally.

The ACP Fish II Programme is funded by the European Commission under the 9th European Development Fund , which aims to strengthen the capacity of fisheries management in 79 countries in Africa , Caribbean and Pacific ( ACP .) The program’s main goal is to contribute to the sustainable and equitable management of fisheries in ACP countries , leading to poverty reduction and improved food security .

The Program is implemented through a participatory approach and involved the beneficiaries in the identification , formulation, implementation , monitoring and evaluation of projects. Fishery Administrations , Regional Fisheries Bodies and Regional Economic Communities are the direct beneficiaries of about 190 projects within the five components of the program , including 1 ) the formulation of fisheries policies , laws and management plans , 2 ) strengthening the capacity control and regulatory compliance sector 3 ) strategies to support national and regional research , 4 ) the promotion of an enabling environment for business and private sector investment , and 5 ) the sharing of knowledge on the management of fisheries and fish trade .

In November 2013 the program comes to an end after 4.5 years of operation since June 2009 and the next seminar in Maputo will be an important opportunity to discuss and evaluate the results achieved in this context and to draw the appropriate lessons . It will also be an occasion to analyze the impact and results of the projects and an opportunity to identify new business areas in the future , within the fisheries policies of the recipient countries .

The website of the ACP FISH II http://www.acpfish2-eu.org contains all relevant information on the activities and achievements that have occurred since the beginning of the program .