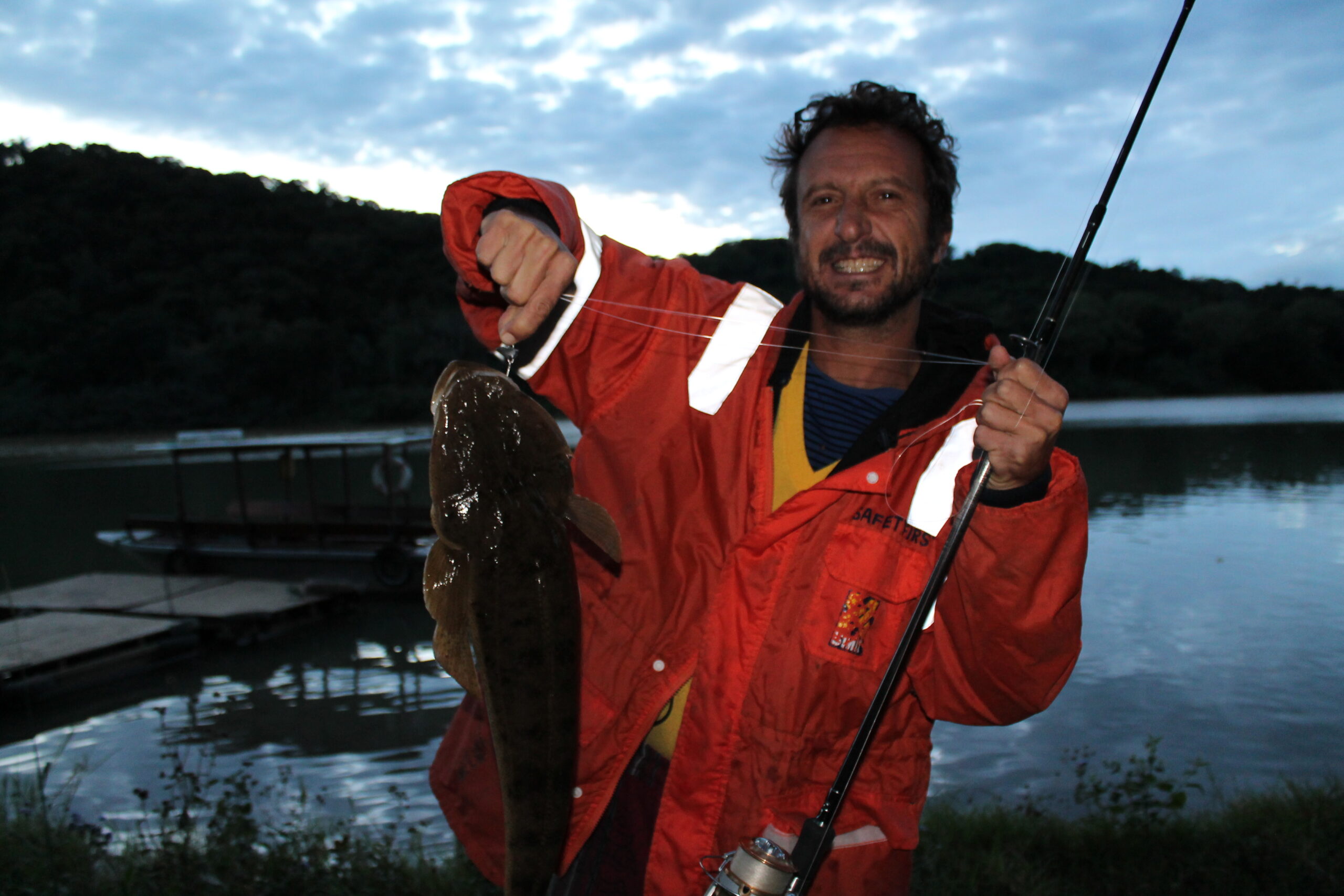 Early winter mornings down on the Umzimkulu River are crisp and still…it’s just before first light that you got to stalk down to the river bank, and get in a few quiet casts.

The flatheads are aggressive estuary feeders and put up a great bucking bronco type fight, using that big flat forehead to present drag. The strike was a solid thud and the fish immediately headed for the bottom and sulked their for some time. When I finally moved the fish, he took off upstream against a kilo of drag?! Eventually he got tired and I pulled him onto the floating dock, much to my shoal of dogs’ delight! And mine.

So it’s called a Bar Tail Flathead, a River Gurnard, a Sandfish, a Flagtail or a Dusky flathead…actual name… Platycephalus fuscus. Great to catch and to eat…but this guy went back as part of the fishtube.tv initiative, otherwise I would’ve eaten it!

The MYDO Luck Shot Mini, available here for now and soon in tackle shops, is a versatile and fun lure for everyone and for many fishing styles, fish species and applications. This time I was moving it along the bottom much like I would be for bass, the head feeds back and gives me complete control of the action over the flat mud bottom. That flathead just pounced on what he thought was a flailing injured baitfish.

When we were in Barra, Mozambique a few weeks back, we trolled the small Luck Shot Mini with the Rapalas and the yellowfin tuna could not leave it alone. It actually breaks the surface at higher speed, and creates a smoke trail much like a kona or a plug?!  Unfortunately we were acting in a TV show and couldn’t use any of the material shot that day.

I was lucky enough this morning to be joined by two guests staying at the lodge, who had some experience with the camera…and they got this great one off…many thanks ladies!