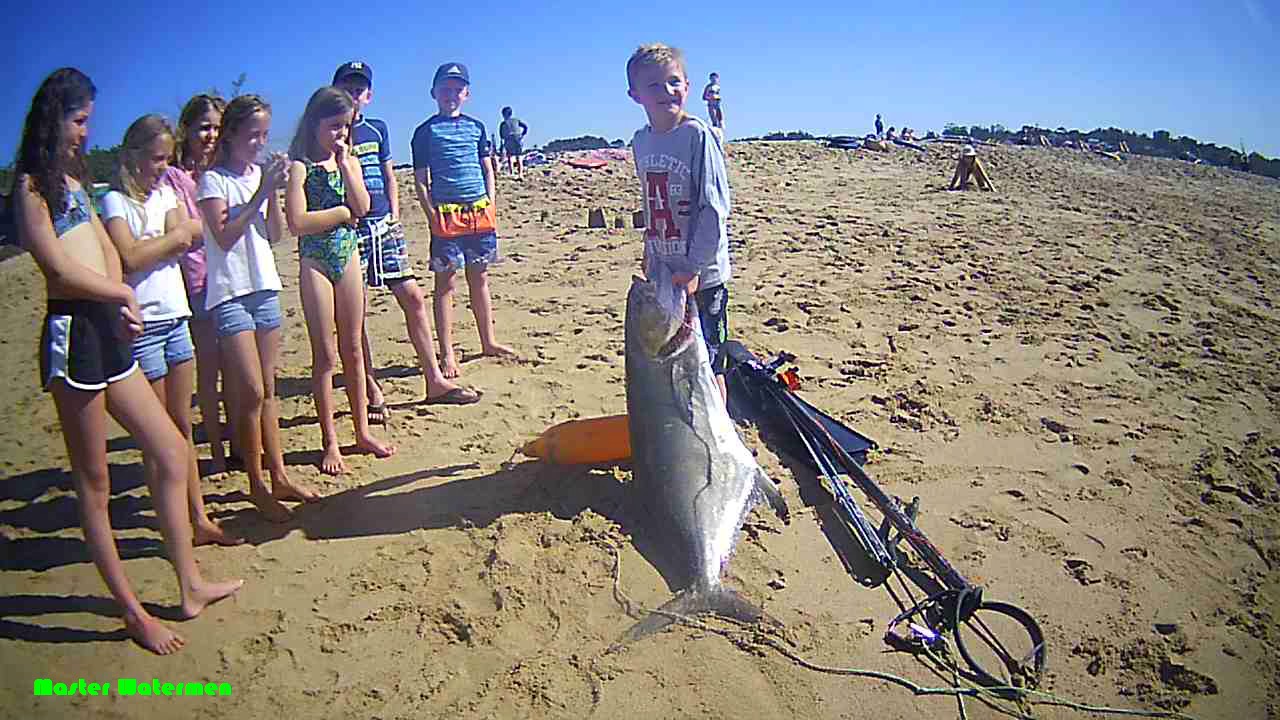 20kg Garrick story by The Bear

Main question I got asked on the busy beach after the dive “How long did it take to shoot this fish?”.

Followed by ”how deep/far out?” which is the usual question besides “what about Sharks!”.

Answer to the first question if you ignore the long drive and various stops to check for right conditions and you start the dive from when I entered the water from the beach…I would say about 5 minutes to 8 minutes tops! The fight and landing (hands on the fish and the usual barb/knife to the brain) there of another 10 to 15 minutes!

I have been looking for a Garrick/Leervis (Lichia amia) of
over 20kg since I started diving in KZN waters for just over 26 and a half years! (give or take a couple of days and hours!) So 26 and a half years and 5 minutes is the correct answer!

Lost a beast in 14m two years back North coast and missed one close to this weight 2 years before at the same spot but backline, waited too long to take the shot being greedy and checking the shoal of 20 odd fish for a bigger one first!

The swim out was quick in the rip current on the south side of the point and I had just got positioned in the 2knt SN current (4m depth to sand on my left and 3m to the slope of point bricks/structure on my right on the southern end Garrick still being on the up run so facing south). I always put Camera with head strap on first before deploying my flasher so looked down quickly to my waist to get the camera out my shuttle crayfish bag and in doing so caught sight of the single Garrick just in line with me coming past me already to my left on the sand just in visibility (6m).

Quick instinct duck dive with the fish head down and moving fast it was just out of range so two fast kicks and a grunt got him to turn slightly and pause just long enough to plant a decent long-range shot just behind the dorsal fin mid-body…shot was good but that noise (DOOF) on impact told me that the spear had not passed through (hit the spine and the spear ran up it towards the swim bladder area). So I let the fish run with the float line rig and float. The fish then decided that the horizon out to sea looked good and subbed my float and so began the fastest 300m swim of my life!

Eventually, I caught up with my float which had now returned to the surface grabbed the stringer and put the camera on whilst being towed a bit. Viz was better out deeper and when I had the spear running line in my hands I could see the spear was pulling but luckily I dive with two guns with the second gun a 130 reel gun on my belt reel and managed to plant the second shot seen in the picture.

My dive mate Paul Roxburgh thought I was seriously deviating from the dive plan at first but then saw that I was doing full on Freestyle and thought maybe I had shot a big Cape yellowtail or Daga Salmon but obviously could not keep up and was 100 odd meters behind me inshore! Excellent camera work Paul…thank you!

At just over 20kg I am super stoked and the epic run and fight made it awesome to say the least…will drop a link to the footage when I edit and upload to Master Watermen YouTube channel!

The Sardine News is on Facebook right HERE and we run a cool YouTube Channel right HERE!