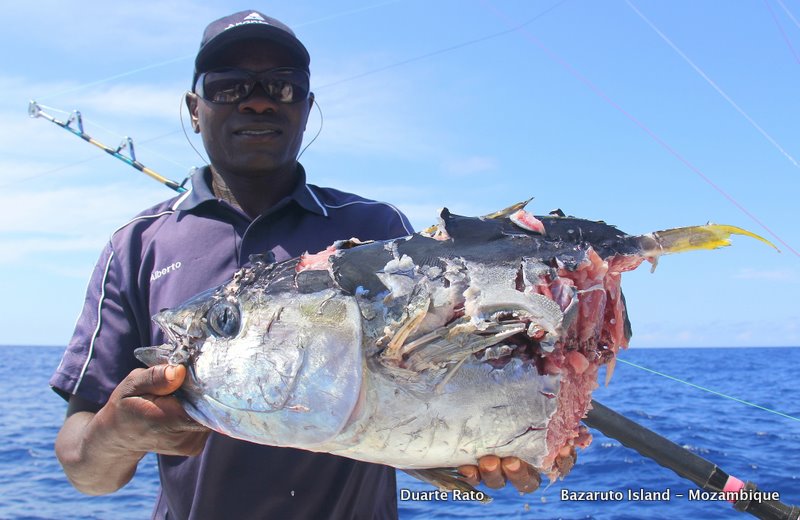 It’s not a good feeling…that thud, and thump as the taxman grabs a-hold of your fish, shaking it around and tearing it up. It must have been a big shark that halved this nice yellowfin, off Bazaruto! There are some monsters swimming those waters…big enough to start to eat a 1200 pound marlin right at the boat, after a five hour tussle…which is what happened on Vamizi, skippered by Captain Duarte Rato, a few seasons back! Talk about the top of the food chain. 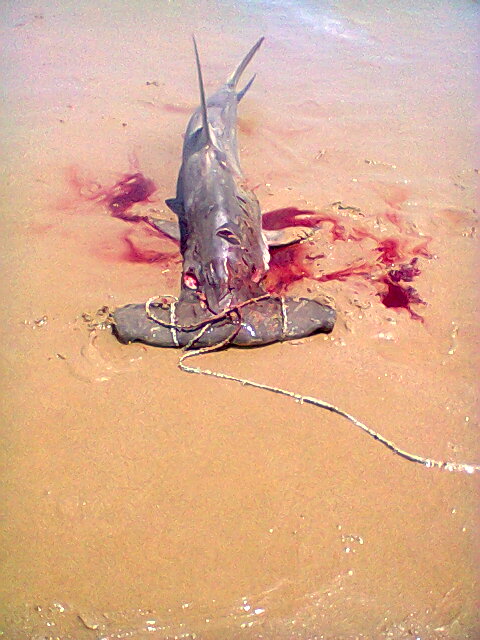 A “brown marlin” – aka Hammerhead Shark get’s a taste of it’s own medicine…at the hands of mere men! This is on the beach at Tofo. Nature sure is cruel, and we are certainly a big part of it all as we devour and demolish…much like the Tiger Sharks and Zambezis of Bazaruto… 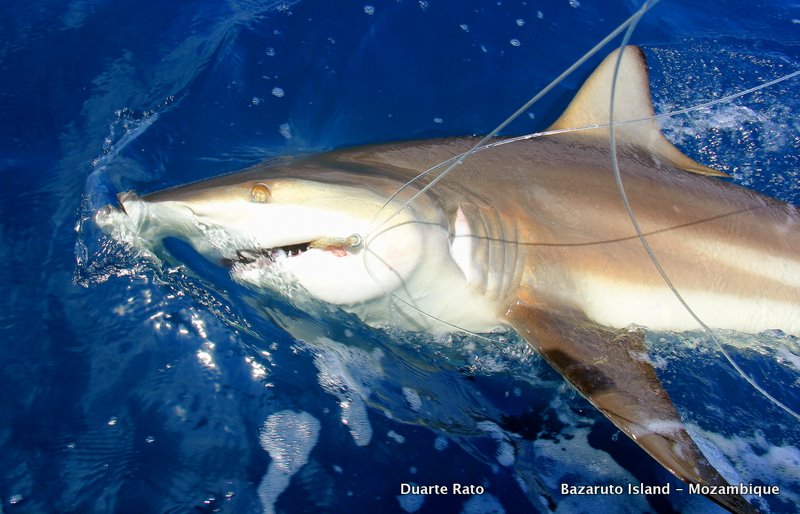 This Bazaruto Zambezi is neatly hooked in the mouth with a huge circle hook. These hooks have revolutionised the tag and release scene, as they miss internal organs and possible injury, and hook neatly in the side of the mouth – every time (almost!). This shark and all other sharks caught on Vamizi, are released healthy and ready to destroy another prized live bait! 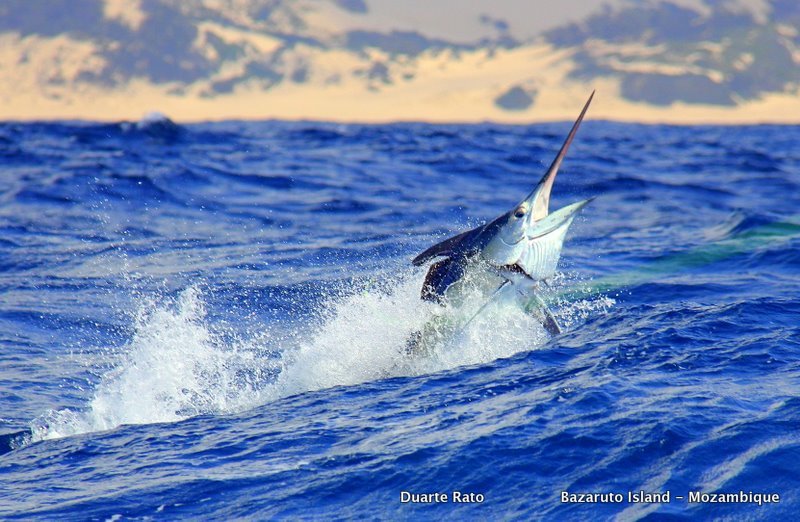