Sailfish on this eastern African coast come alive at this time of year. The water warms to over 26 degrees, and goes electric blue and crystal clear. Baifish move into the shallows and the sailfish come out of the deep to prey on them. Although normally living far off sea, in season they swim right into the inshore reef areas and even the surf line.

The birds(resident terns mainly around here) that follow them in co-operation, display a completely different pattern as they fly vertically up and down staying very close to the water. They also throng together more and can distinctly be seen to be following a particular fish, as opposed the normal chaos we see when working with yellowfin tuna or king mackeral. Wether or not the birds show the sailfish where the baifish shoals are, is open to debate, but we use the birds to locate fish, so why not?

There is also great debate on conservation, and before we all knew the facts, we were tagging and releasing sailfish – decades ago.

The next question was that of their survival after tagging – but that was put to rest by a study done on fish released from longlines in the U.S. They came up with a 95% survival rate, usinga  tellymetry tagging system!

Sailfish breed in the open ocean, in pairs or small groups. She can lay a few billion eggs at a time, and they hatch in only 36 hours. Then they grow formidably fast, and reach 3 metres in one year! The world record is 100 kg’s, with Dubai being a particularly hot spot for the big ones.

There are two species of sailfish, each living in different oceans. The Indo-pacific version, which we get, and the Atlantic Sailfish. These species are also separated into different colonies, and monitored accordingly. The facts are this. That sailfish are one of the most likely candidates to survive and even prosper, under the plight of man. As man removes it’s competition – the tunas and other billfish, the sailfish’s fast growth and open ocean habitat, the sailfish may get more to eat.

Captain Duarte Rato on Bazaruto Island has actually noted an increase in sailfish and sailfish activity in his waters. And although still a very rare occurrence, we also have encountered a few more sailfish than usual.

As to their culinary potential. For years, no-one ate sailfish. They were given to crew and generally thought to taste terrible. How wrong we were. Marinate and braai sailfish chunks on a hot fire, quickly, and make your decision. Even better, cold smoke the fillets and eat the best tasting sandwiches for lunch for months!

We still try to tag and release all our sailfish, it’s one of the best moments you could ever experience when you see your fish swim away, but every now and then one gets injured or fights too long and it comes home.

This sailfish was one of those so it came home. Caught by Paul Stockhill 22 December off Port Shepstone. Niteshift the boat. 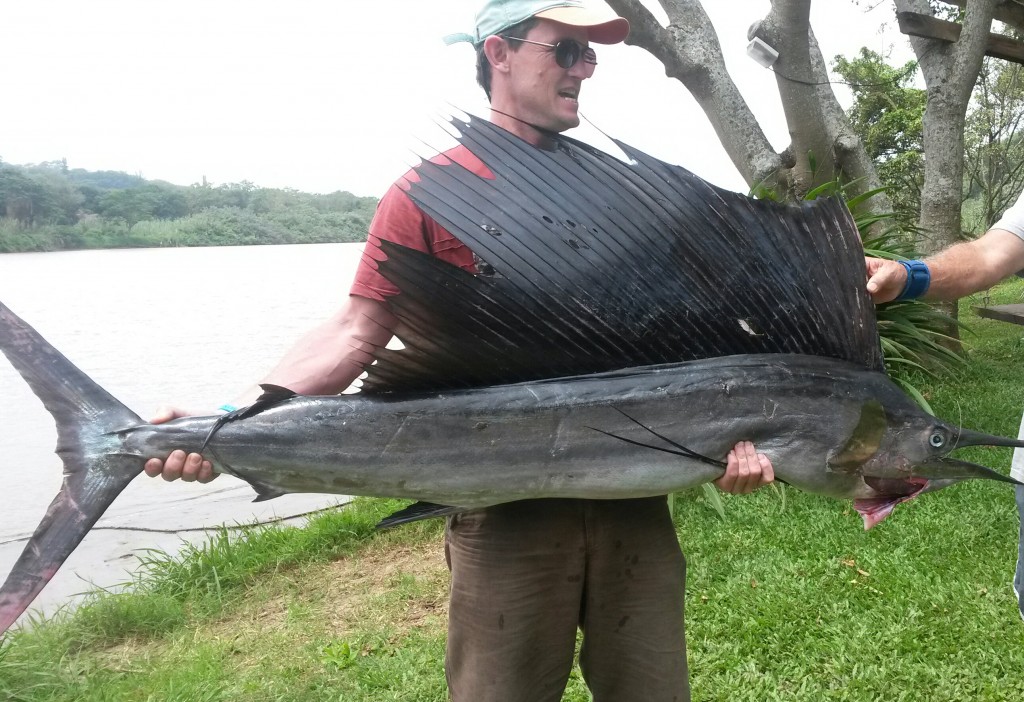 And then check out this absolutely amazing video of sailfish hunting a baitball off Mexico. If this doesn’t get you tying traces and changing line, nothing will!