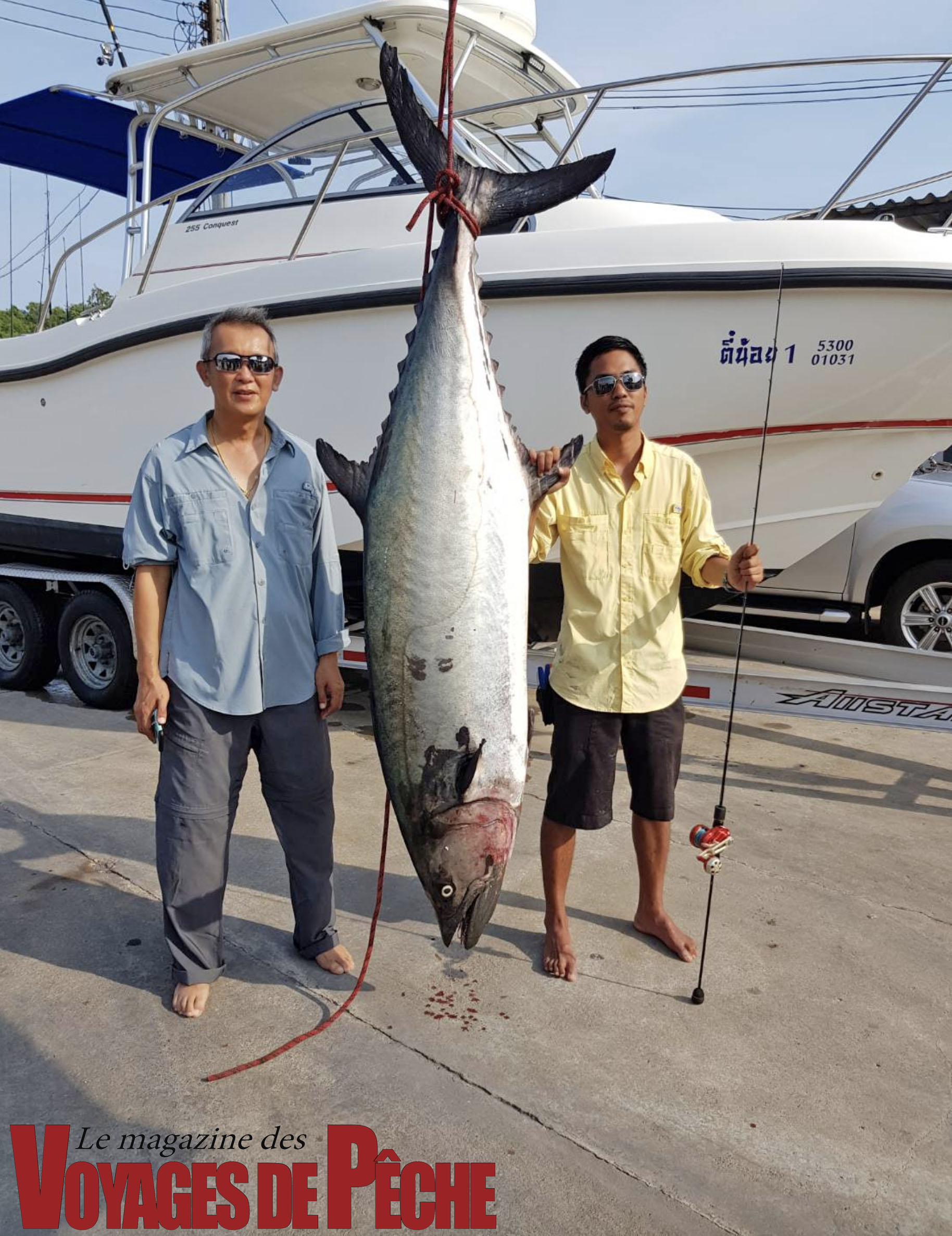 The Giant King Mackerel we are referring to does not live in South Africa. Or Mozambique for that matter. Oh no, you will only find this guy hanging around the China Sea.

And man, does he get big.

And so this collection of articles from China and Taiwan, is all about these monsters and finding a way to getting to them ourselves…

(Special thanks to https://www.voyagesdepeche.com/toute-l-actualite-de-voyages-de-peche/chinese-seerfish.html for the featured image)

Chinese seerfish live in the pelagic-neritic, amphidromous, freshwater, brackish, marine, in a depth range of a mere 10 m or less environment. They go up rivers!

The giant of the Mackerel, the Chinese Seerfish is found in the China Sea! Monsters Chinese Mackerels have been caught, some weighting 100 kgs or more!

Related to the Chinese seerfish and American king mackerel, this fish is always caught close to reef systems.

Unbelievably, our couta over there in China, is called a Platinum. Whilst the Giant King Mackerel is called a Big Ear King?!

And this is where is was caught…just a few clicks south of Hong Kong! A place called Magong.

The translation is hilarious and worth a read in itself!

These guys are charter fishers out of South Korea. They just take this in their stride as they jig up the Giant King Mackerel for guests. The fish don’t even make it to top spot as all sorts of other species preceded it in the post?!

Some pics, and a YouTube video, of an 89kg, 2.31m fish being landed from a rock pier?! On a coffee grinder!

Says that these fish come from Taiwan area

This article could also be referring to our king mackerel which they also catch in China – called ‘Platinums’! But judging by the size of the fish in this market, the jury is gonna be out forever.

Well that was quite an adventure researching all these magnificent fish and catches.

All I can say is, I AM GOING! Any takers, drop me a line and let’s get a trip together. Sponsors welcome!