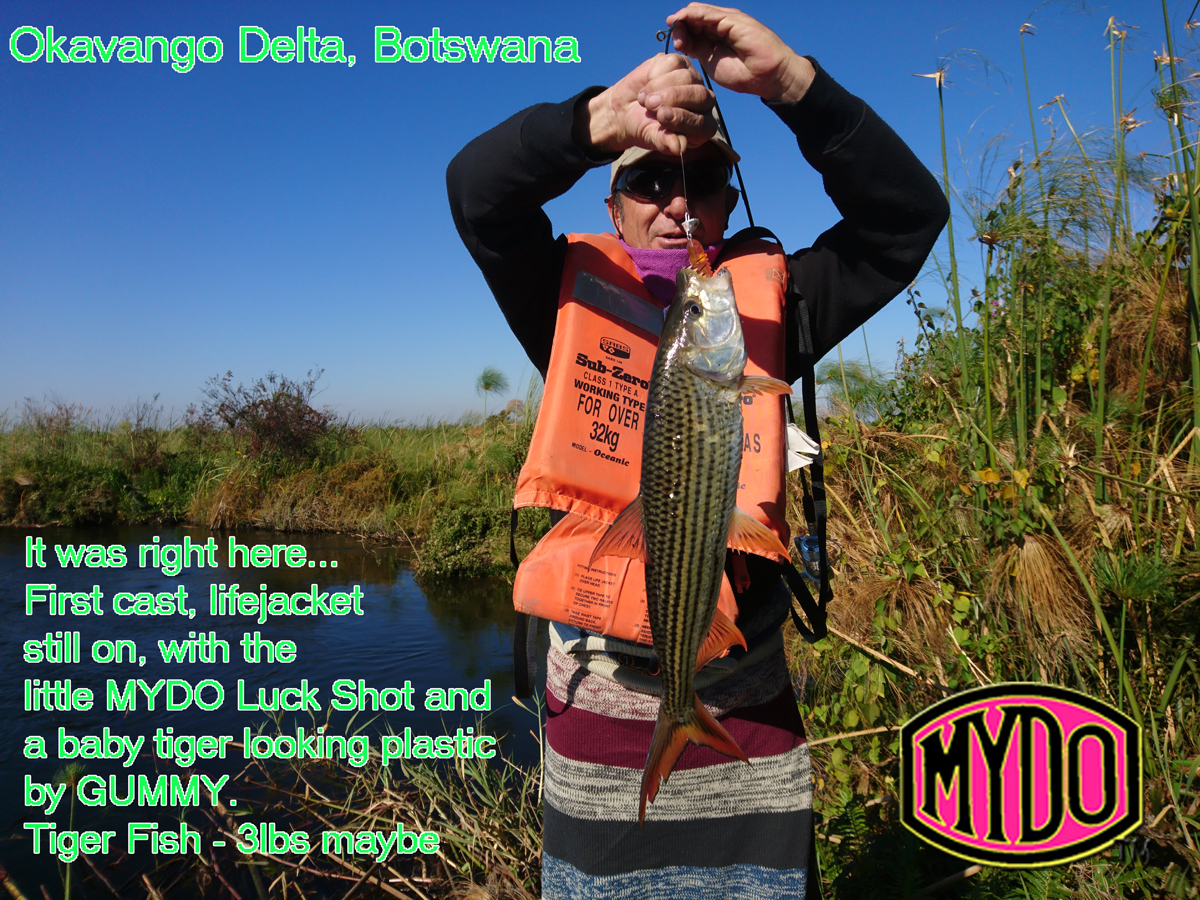 …everyone looked, the tiny rod buckled again and this time I had a first cast fish. Julius mentioned bream casually, and everyone else cheered in absolute disbelief. Thinking bream, I was having so much when the fish started coming closer, and then ducked under the papyrus carpet. Luckily it turned and came out.

It was my first cast tigerfish. And it was not nearly in the same class as my last and only tiger, caught in Jozini on sardine. This fish had some size! The tiny rod also had no power whatsoever but finally he jumped himself dizzy and the current let him go to us.

As I pulled him on top of the papyrus carpet, he snapped and bit a papyrus stem. His teeth went right in and held vas. But he was a metre and a half away and smack bang in crocodile country. Luckily Captain Gallop was quick with a knife and cut the papyrus stem at the boat and pulled in my first cast tigerfish.

If you want some calm, fun times fishing with your family and friends, then come with us to the Okavango. We fished a maximum collective time of an hour, over the next few days exploring and documenting. We caught 6 tigerfish. All on the SS Spoons and that first fish on the Luck Shot. We only used the 650 Shad spoon and the Moby – the tiny one.
It was so much fun! No bream this time though. They will have to wait for us a bit. We are back in September.
We have lined up boats, and we have Captain Julius’ number. Camping options close by and lodges up and down. Executive camping outfit is good to go. Land cruisers are loaded, and always ready for any adventure.

Check out our Trips and Travel section in the menu at top, or follow this link…