Perfect Couta Bait – The MYDO Baitswimmer # 4 rigged with a mackerel

The original MYDO baitswimmers range- the concept that got all the attention back in the 80’s, as 1991 Cullinan Design Award winning designer Brian Davey burst onto the scene, with his radical ideas and fish swimming theories. He then set about proving his ideas by catching a LOT of fish over the next few decades. At one stage, and independent study put MYDO Baitswimmers as having caught one third of all fish caught on the tournament circuit! 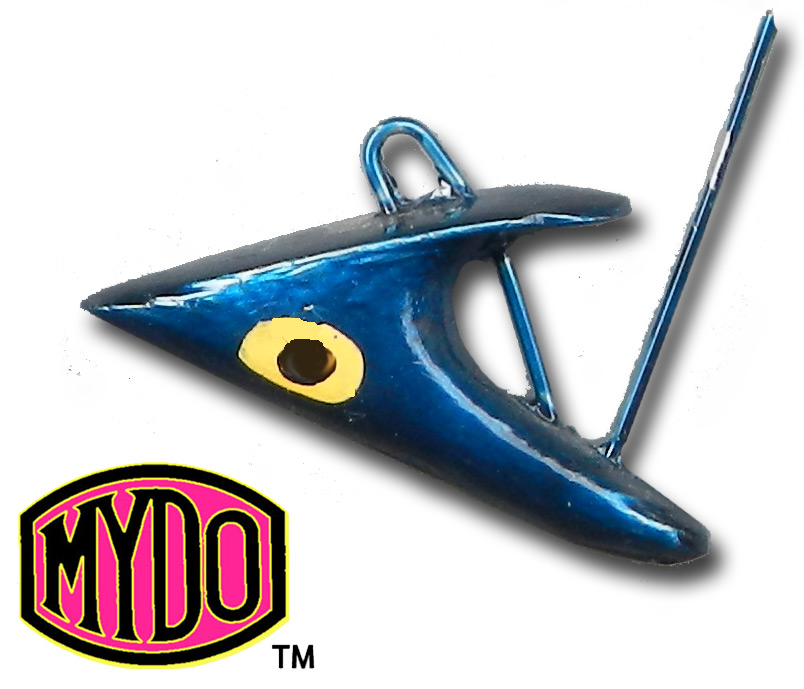 Starting out we have the original # 1 MYDO Baitswimmer with through-rigging and many adaptations. 1 Oz.

The # 2 MYDO Baitswimmer can swim a larger bait but is ideally suited to karapauw, red-eye sardines, pinkies and small mackerel. 1.7 Oz.

The #3 MYDO Baitswimmer handles and even bigger bait, swimming walla-walla (ribbonfish), bonnies and shad, with ease, and deeper into the water column. It weighs in at 2 Oz.

The #4 MYDO Baitswimmer is made for big baits, but also will take a smaller bait that needs to go down deeper. A 2kg bait will behave beautifully on this heavier rigged baitswimmer. It weighs in at 3Oz (100g)!

The #4.5 is a monster that has proved extremely successful when fishing in very deep water – drop offs and canyons. Amberjack and huge bottomfish can be targeted with this 242g baitswimmer.