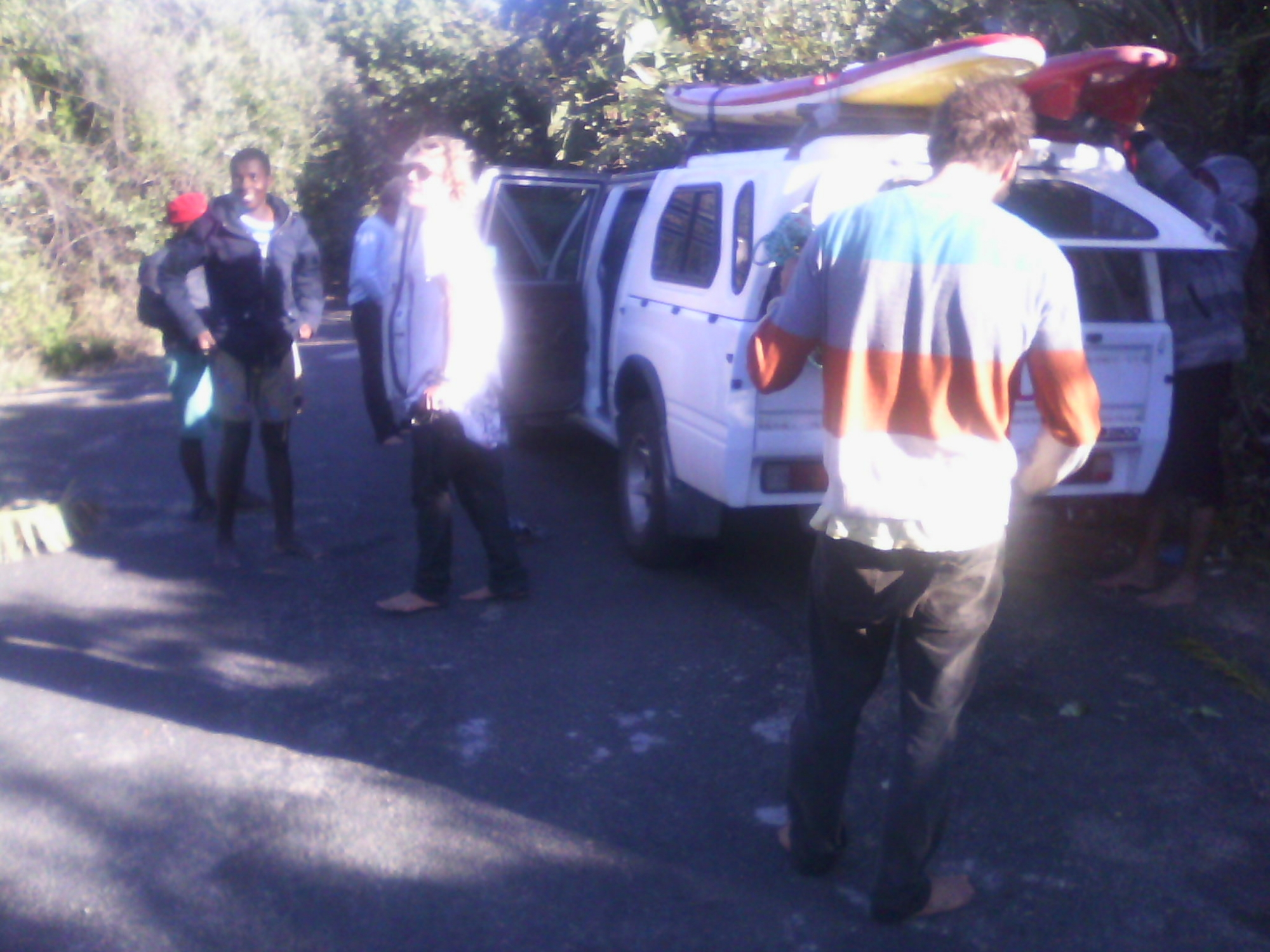 Dustin Volker of the Gubat Soldiers was seen getting down and dirty with the other volunteers cleaning out the Banana Estuary of the rogue invasive plant Hyacinth, this weekend.
Dustin and Roosta played a gig at Rock Bottom the night before to increase awareness of the problem.
The gig was a fantastic success and the next day saw none other than Cynthia Cole, and the Wigmores getting stuck in.
Just a heads up to the volunteers,  the Banana river, and it’s many siblings, have been subjected to decades of abuse by the sugar industry. As a result, they have been silted up completely, are out of balance and subject to invasions from hyacinth and all sorts. Including disease.
Cuts and abrasions start to itch and burn, and need to be treated with at least an anti septic, after working in the estuary.

The hyacinth has been cleared out of the bridge area, and ropes have been laid across the water to keep the weed back. Efforts need to continue and much help is needed before an even noticeable difference is achieved. Please consider coming down to Banana Beach and doing whatever you can, until the authorities get it under control. The Injambili River at Pumula is suffering the same fate and is next on our list…

2 thoughts on “Dustin Volker to the rescue…”